Take back control of our roads 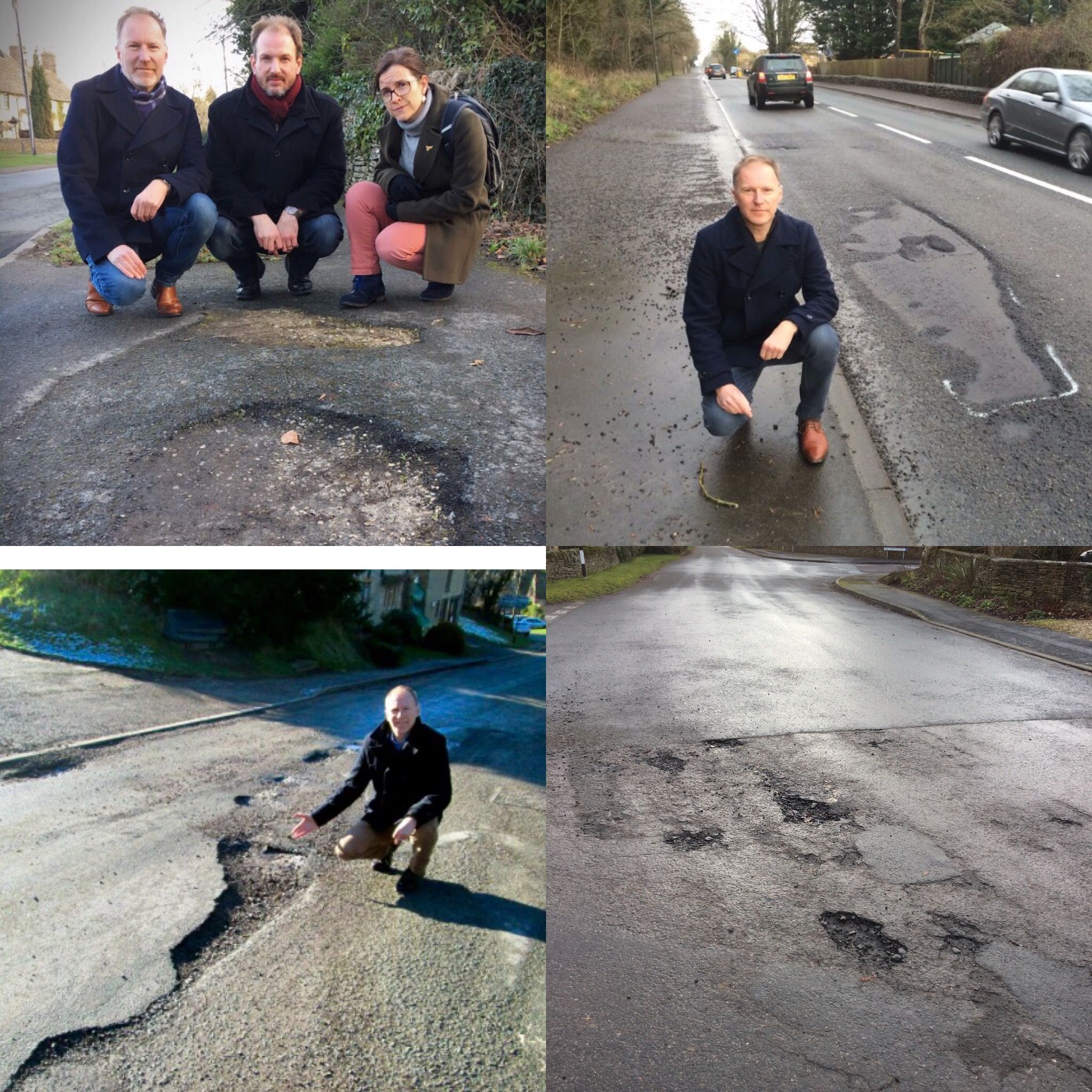 Liberal Democrats have announced bold plans to bring the county’s roads and footways back under the control of the County Council.

The Leader of Gloucestershire Liberal Democrats, Cllr. Paul Hodgkinson (Bourton and Northleach) has pledged to look at how the county’s highway services can be taken back in-house rather than extend the existing contract with Amey.

The contract, which runs for 5 years with possible extensions up to 11 years, is currently being reviewed by the county's Highways Commissioning Team. Councillors are due to decide in the early summer whether to extend the contract for a further 3 years or to terminate it in 2018/19. Due to the length of time it takes to re-tender the highways contract the decision to extend  it needs to be taken between 18 and 24 months prior to the end of the 5 year period.

Amey’s performance over the years has been regularly criticised by both the Liberal Democrats and by parish councils and residents. Targets for filling potholes were repeatedly missed by the private contractor until recently.

“There is an unfounded acceptance that private companies such as Amey are cheaper and more efficient than the public sector. Many councils up and down the country are however taking public services back in-house. There are substantial cost savings being achieved as a result of ‘insourcing' and those councils that have brought services back in-house are delivering higher quality services.

“In 2011, Cumbria, Ealing and Rotherham all brought their highways back in-house. Cumbria’s reason was simply to allow greater control and ability to deliver efficiency savings. Councils have fallen out of love with outsourcing vital services and fed up with private contractors failing to deliver. Amey is certainly no exception.

“Right from the beginning of the Amey contract, we saw many so called ‘teething troubles’, but problems escalated.

“The teething problems have become a nagging toothache requiring much needed treatment. We should not be railroaded into thinking that extending the contract with Amey or retendering and mobilising a new contract with another private contractor are our only options.

“I have serious misgivings in extending the contract with Amey and have therefore pledged that if there is a Lib Dem administration at Shire Hall after the May council elections I will ask council officers to work on the option of bringing our highways back in-house.

“Let’s take back control of our roads.”