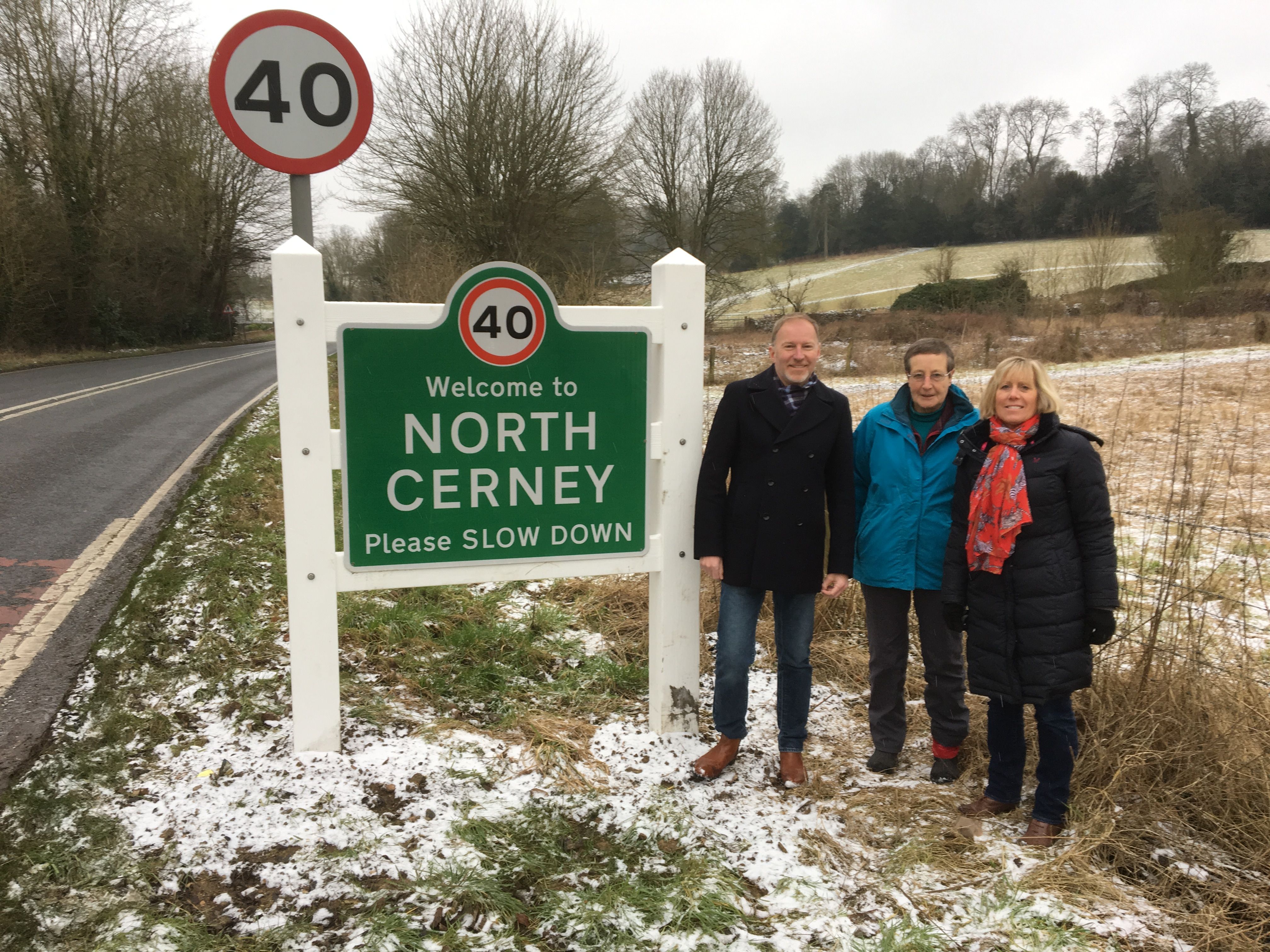 Road safety has been an ongoing concern for residents who live along the A435 in the Churn Valley.

Traffic going through North Cerney has been the biggest issue. There have been regular speed checks by the police and community which show a small but persistent number of drivers exceeding the 40mph limit. The centre of the village sees pedestrians including school children crossing the road to catch buses, a busy junction into the village and accessing the pub and primary school.

Cllr Paul Hodgkinson discussed these issues with North Cerney Parish Council last year and – after meeting Highways on site – agreed to jointly fund a set of 4 gates at either end of the village. These gates are a feature of some other villages in the Cotswolds and the aim is to alert drivers to the fact they’re entering a village environment and a lower speed limit.

The gates have been jointly funded by Paul with the small pot of money he gets each year to fund highways projects, North Cerney Parish Council and Gloucestershire Highways. The good news is that all 4 gates are now in place.

Further up the A435 heading to Cheltenham, two trial gates have been installed approaching the turning into Rendcomb. The aim of these is once again to slow traffic after numerous complaints about difficulties in exiting the junction there safely. These gates have also been jointly funded with Rendcomb Parish Council.