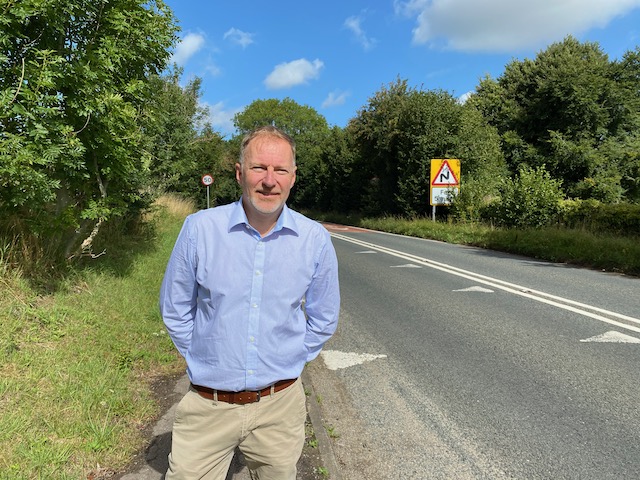 A group in the mid Cotswolds has met again and given the green light to a series of initiatives to help keep people safe.

On Monday 1 February Cllr Paul Hodgkinson (Bourton and Northleach) chaired a meeting of the ‘No Crash’ road safety group. The group has met regularly in normal times but due to Covid this was their first meeting for a year and held on video.

Highways and police were also there and the meeting agreed a series of actions to promote road safety in the mid Cotswolds.

Cllr Hodgkinson spoke after the meeting, "In particular, I’m really pleased that we are progressing traffic calming in Andoversford near to the primary school – parents and children feel unsafe walking along the road through the village due to the speed of some vehicles. Highways have confirmed that a speed table will be installed along the Gloucester Road, after residents there have been consulted.

"Our main roads – the A40 and A429 for example – take a lot of traffic and speeds can be high. The No Crash meetings give people a forum to air concerns and get the authorities to take action."

Also on the table were possible cuts to speed limits on Whiteshoots Hill near Bourton and the A436 near to Seven Springs.

The group will be meeting again in 6 months time to check progress.