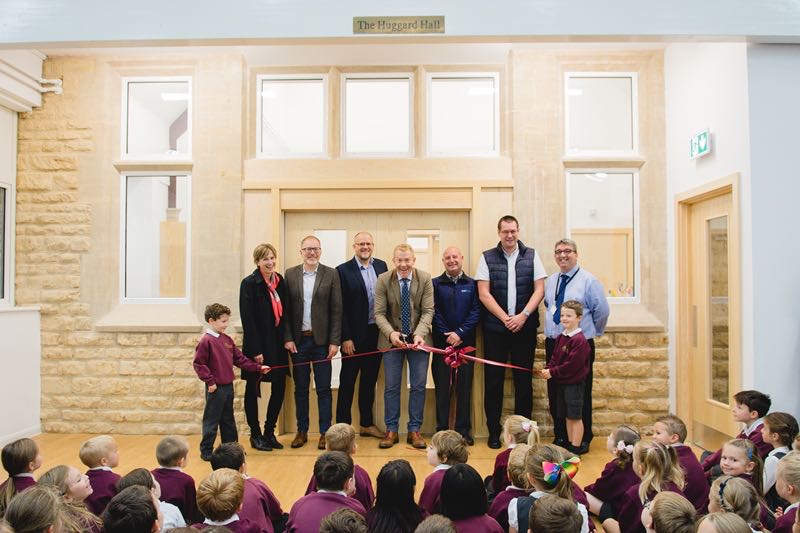 A primary school in the Cotswolds has been celebrating a major expansion.

Cllr Paul Hodgkinson joined the event and thanked those who has made this happen:

"Lots of people have been involved in getting this big new School Hall, new entrance and reception for the expanding school. At times it was challenging to get all the funding together but we did it in the end. The result is a much brighter, open space and  much more appropriate accommodation for what is an ever increasing number of pupils.

"Bourton on the Water is growing every year and many young families are making the village their home. The primary school is a great asset to the community and is really thriving."

Following the official opening, pupils and class teachers welcomed parents and visitors into the various classrooms to see the work the children have been doing to recognise the 100 year anniversary of the World War One Armistice.