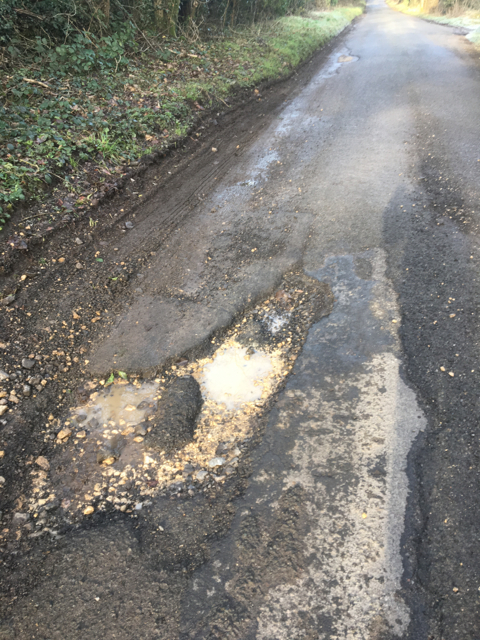 As the winter drags on, there's one thing you can't avoid on Gloucestershire's roads - potholes.

Now, with complaints from residents rising, Cllr Paul Hodgkinson is challenging the County Council to sort out the roads properly.

He’s submitted a question which will be answered at the next County Council meeting on 14 February:

‘With the number of potholes at an alarming level on the back of a colder winter, residents are rightly angry at bills for shredded tyres and damaged suspension. We are all spending time swerving to avoid craters in the road, making driving dangerous and unpredictable. New ways of repairing roads are being launched including using plastic instead of tarmac - which not only lasts much longer but reuses plastics which have been much in the news recently as polluting the planet.

"I'm asking highways bosses whether they will be actively looking at using plastics, thereby promoting reuse and stopping this yearly cycle of unsafe road surfaces.

"In my view no amount of warm words from the County Council’s Conservative administration can cover up the dire state of our roads and pavements. Every year we face these unsafe roads at the end of winter yet nothing changes."