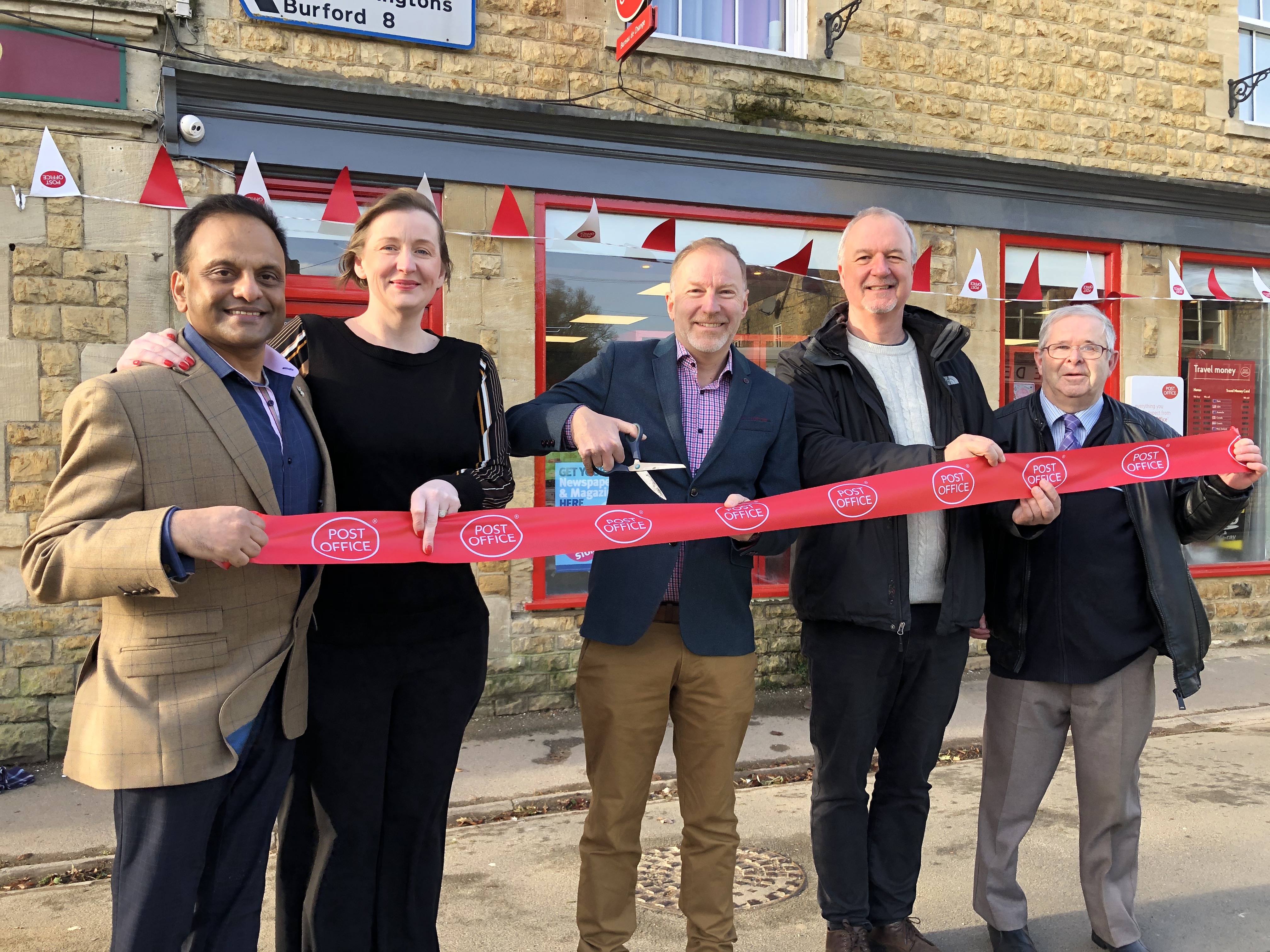 A key post office in the Cotswolds has reopened following a raid on the premises last summer which caused major damage.

Bourton on the Water Post Office - situated in the centre of the village - has many thousands of customers a year.

Residents and tourists were shocked last summer after the criminal raid left the building badly damaged. Now, following months of renovation, the much used service has again opened its doors.

Cutting the ribbon at the reopening party, Cllr Paul Hodgkinson said: "Many people have been waiting for the post office to get back into business. They really value this facility as it provides a community service, not just for Bourton but for all the surrounding villages."

"We all want this business to thrive as it provides something unique for this part of the Cotswolds."