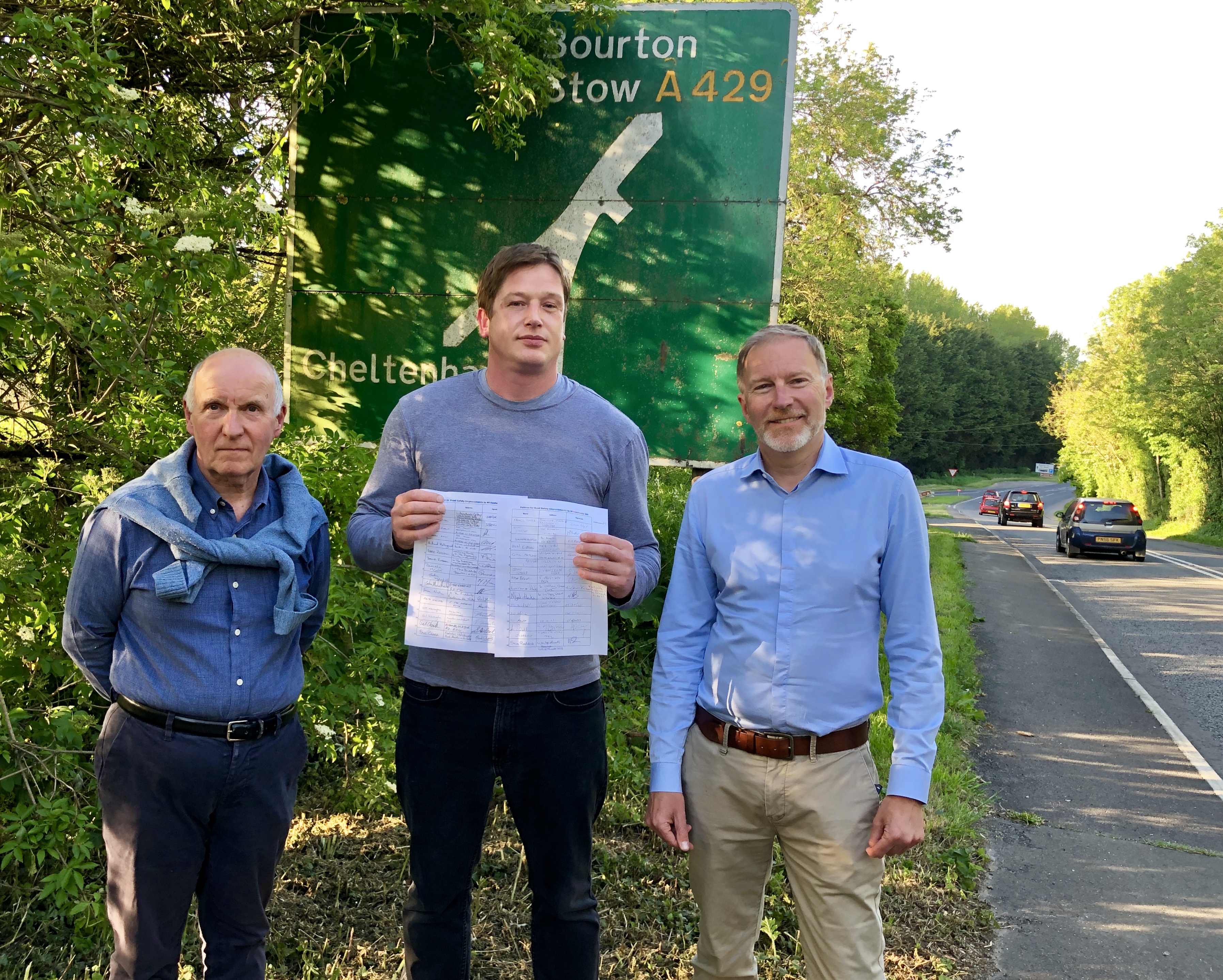 People living by the Fosse Way near Bourton have launched a petition calling for slower speeds along the busy road.

Following a series of accidents at Whiteshoots Hill, residents have taken the matter into their own hands. Will Warrington (pictured centre) was himself involved in an incident at the location in late March this year and was fortunate to escape without injury. The road currently has a 50mph speed limit but locals fear many vehicles exceed this regularly.
Cllr Paul Hodgkinson presented the petition to the County Council's road safety boss last week and says that residents have his full backing to get some measures in place to alert motorists to slow down:
"The ’No Crash’ road safety group which I chair (focused on the villages in and around Andoversford and Bourton) discussed this issue when we met recently. Since then I’ve met with the new Inspector for Roads Policing in Gloucestershire and his team is going to do some investigative work around the location to see what action they can take.
"We also need Gloucestershire Highways to do their bit too and I look forward to hearing from them soon."