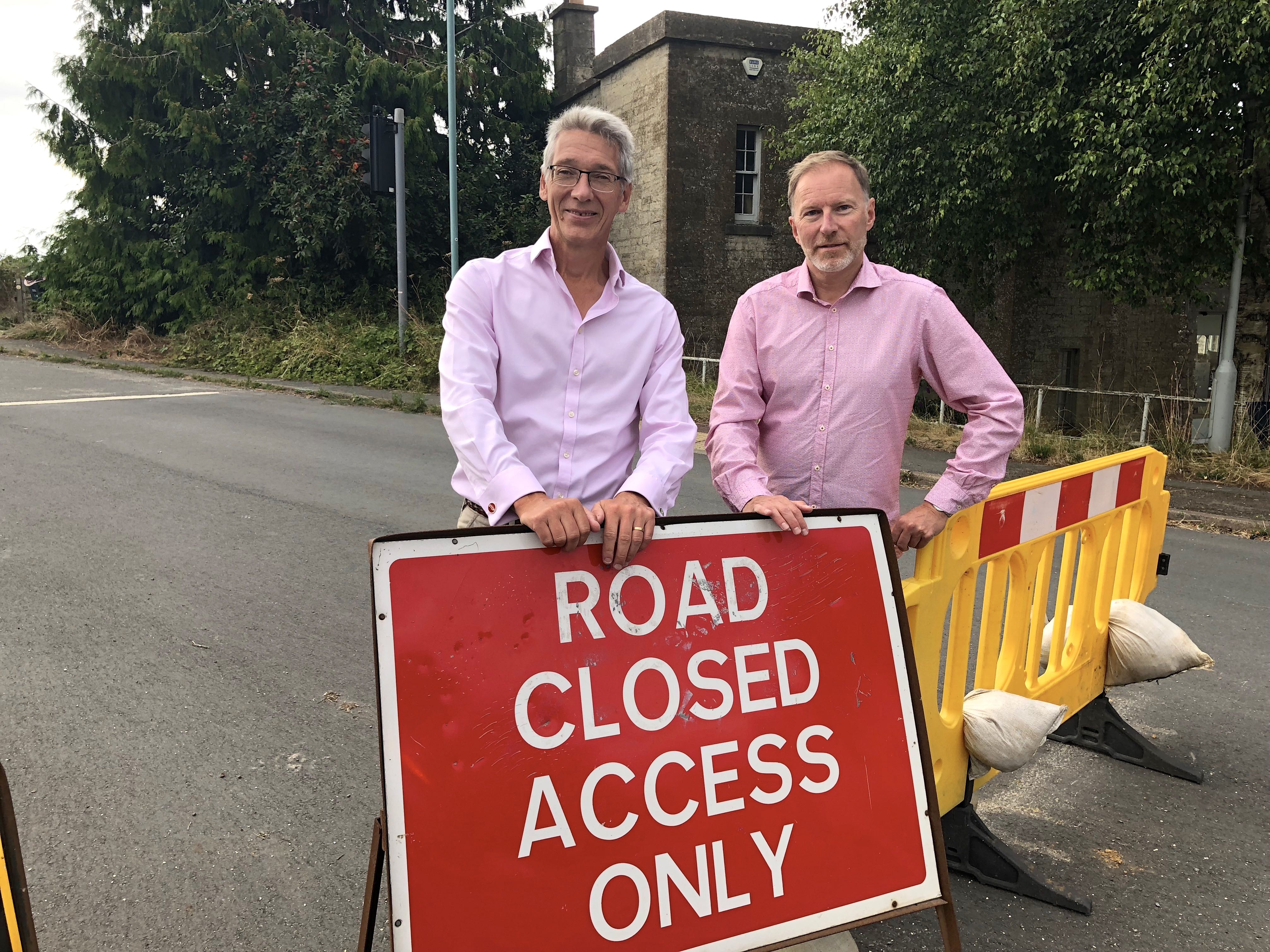 After 4 years left closed due to a land slippage, a Cotswolds road has been given the chance for a brand new lease of life. Paul and Northleach resident Tony Dale have both been lobbying for the Old A40 to be re-opened.

The Old A40 links villages including Compton Abdale and Hazleton to Northleach and has been the subject of a lively campaign to get it re-opened. 500 people signed a petition organised by Cllr Paul Hodgkinson to allow traffic onto the road again and he presented this to County Council bosses in 2016.

The road has become a target for joy riders and a travellers’ encampment recently which has prompted renewed calls to sort the situation out.

Now, a proposal put forward by Highways will see traffic being allowed through in one new lane near to the slippage area whilst the rest of the road will have two way traffic. The works will be carried out so that cars can start driving the road next Spring.

Originally it was suggested by the County Council that local parish and town councils should contribute to the scheme but the move proved controversial with residents pointing out that they already paid council tax for road repairs. But yesterday Highways stepped in to help fully fund the new project.

Cllr Paul Hodgkinson (GCC, Bourton and Northleach) says that re-opening the road is important to residents in the Cotswolds:

“After discussions with the County Council Leader, I have a commitment to get the road open again and it is really good news. This is a perfect example of cross-party working to get things done.

“We have now pieced together the money to get this fixed with the County Council paying the lion’s share. I’ve pledged £17,000 from the small Highways Local fund and the Community Grant Fund I get each year. And a generous local organisation has pledged another £5,000.

“A lot of people have already been in touch with me telling me how pleased they are that the road will be open again within six months. This is a good day for local people power and I’d like to thank all those who supported the campaign to get this re-opened.”