Old A40 gets full reopening 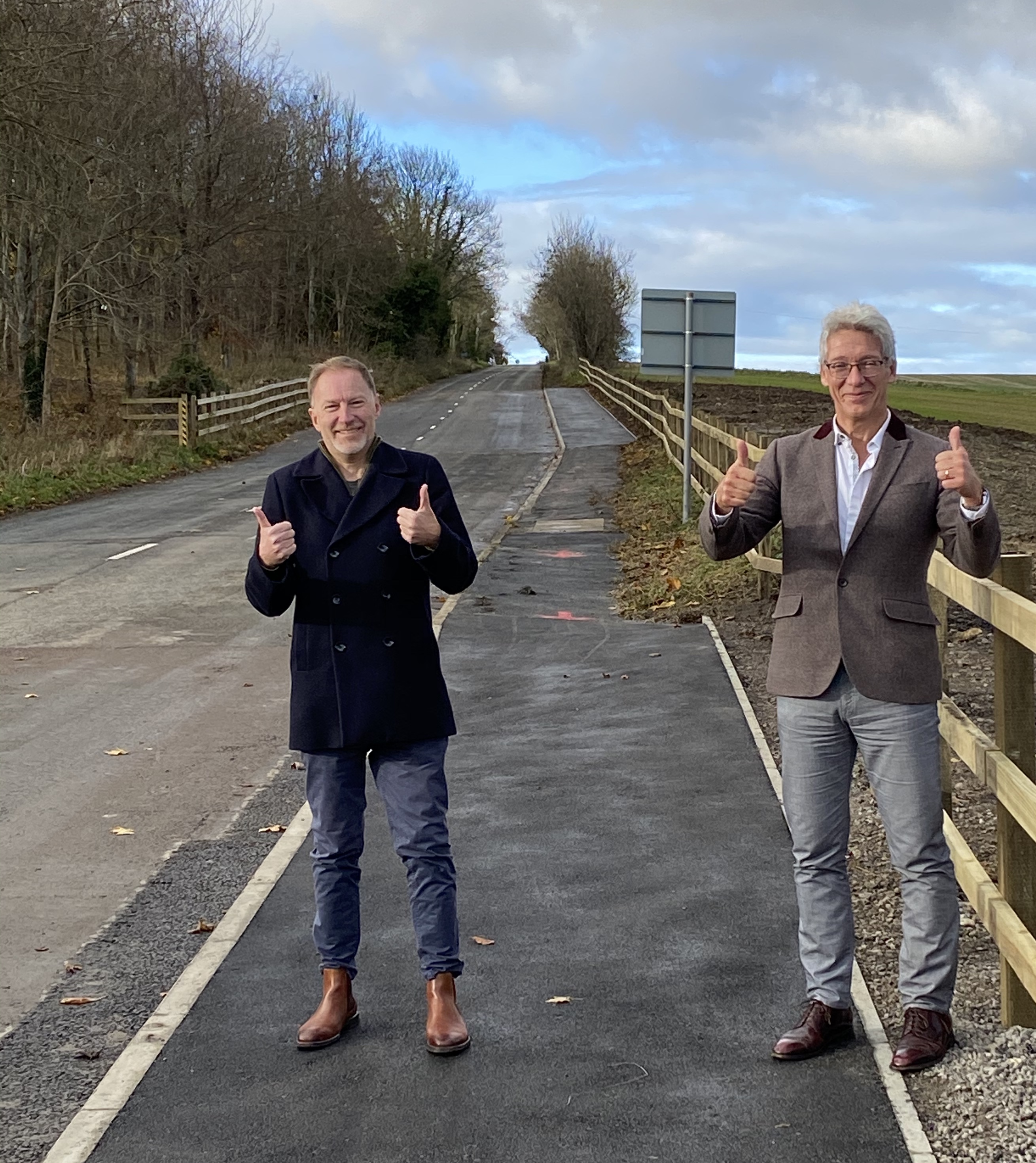 A Cotswolds road which has been shut to two way traffic since 2015 has reopened at last.

The Old A40 near Northleach, also known as Prison Copse Wall, has been closed since autumn 2015 because of damage caused to the wall supporting the highway and cracks appearing in the carriageway.

The cost of repairs was estimated at more than £800,000. However work on the A38 Canal Bridges project at Whitminster has provided a creative solution to prevent further movement of the retaining wall and risk of landslips.

Spoil from the canal excavations was transported to Northleach and used to strengthen the wall and fill in the land beside it to provide support.

Preparations included the installation of extensive land drainage and the deposit of 15,000 cubic metres of clay material to provide solid support for the wall along a 60m distance.

This has enabled savings of £700,000 and meant that the carriageway of the Old A40 could be fully reconstructed.

The 4.2km link road, which connects the A40 with the A429, has just reopened to two-way traffic.

Cllr Paul Hodgkinson, county councillor for Bourton-on-the-Water and Northleach, said: “After all the lobbying it is really great to see the Old A40 back in full use again. Thanks from me to the 500 people who signed my petition to reopen this road and to Highways for their hard work in making it safe.

"It shows that patience and persistence pays off in the end.”