Marching for a People's Vote 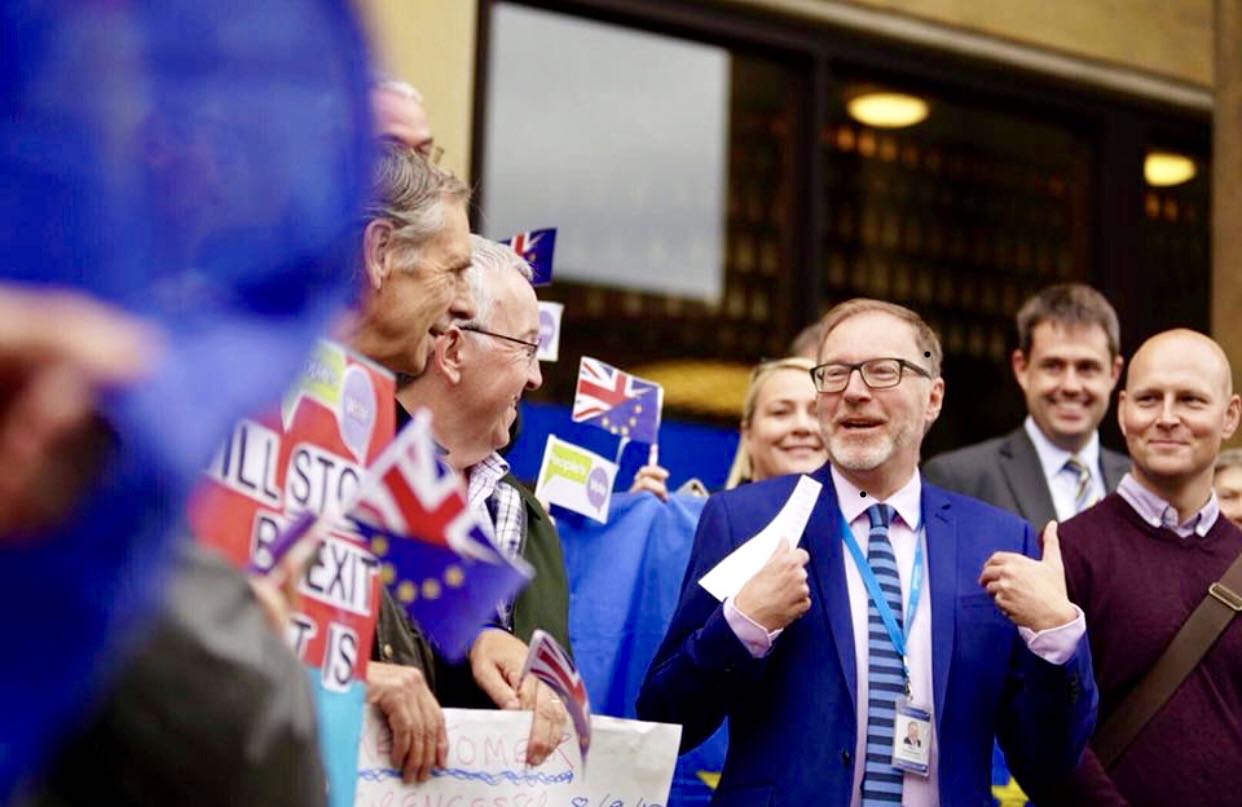 On Saturday Cllr Paul Hodgkinson joined an incredible 700,000 people marching on Parliament, all there to demand a People’s Vote on the terms of the Brexit deal. It was the biggest demonstration since the Iraq War 15 years ago.

Paul said: "Theresa May’s negotiations are in turmoil, supported by few in Parliament and barely a handful in her own Cabinet. Meanwhile the public and businesses are demanding answers with barely 150 days to go.

“The uncertainty caused by Brexit has already caused a 2 per cent dip in economic output, costing the treasury £440m a week, outstripping the UK’s EU contributions.  Whether people voted to Leave or Remain back in 2016 no-one voted to make this country worse-off or to be poorer.

“If a political party had made promises in an election campaign, which were shown to be lies during their term in office, the public would quite rightly boot them out at the next available opportunity.  Yet when it comes to the most important decision in a generation, ardent Brexiteers and the Tory Government would have us accept the lies about the £350m Brexit dividend; about the ‘easiest trade deal in history’ with the EU and about the economic boost when we start making our own trade deals with Trump’s America.

“With polls consistently showing support for a People’s Vote, it is time for the Conservative Government to pull its collective head out of the sand and listen to the clamour on the doorstep.  We must continue to push for a People’s Vote on Europe and give the public a choice between remaining in the world’s largest trading bloc and any dog-eared deal Theresa May brings back from Brussels.”