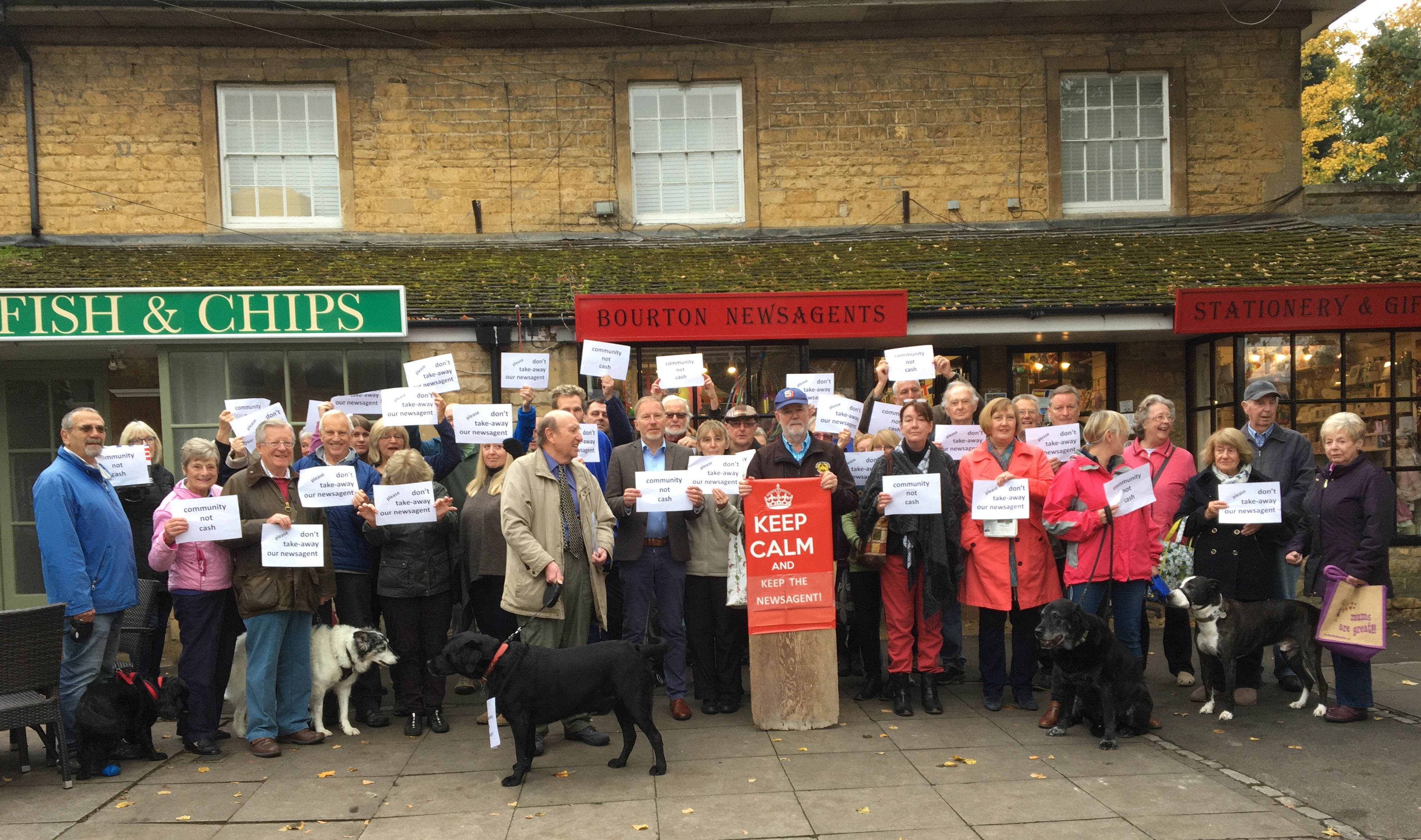 Residents in Bourton on the Water have expressed anger at moves to oust the village's remaining newsagent shop.

Cllr Paul Hodgkinson is campaigning to save the 'community hub' in the iconic tourist centre, encouraging residents to file objections to an application by the shop's landlord.

The Cotswold District Council planning website has received 100 responses from local people who oppose the proposed conversion of the store into a fast food take away.

Cllr Hodgkinson, who represents Bourton and Northleach on the County Council, said: "The thought of losing the one remaining newsagent is really bad news.

"I'm very angry about this as Bourton has expanded hugely in recent years with more houses being built at the moment.

"We have 4,000 people in the village and there's just one newsagent left to serve the community."

Cllr Hodgkinson doesn't feel Bourton needs another food outlet as there are already 30 in the village.

He added that neighbours meet each other on their daily visits to the newsagents and also buy a range of other goods:

"It has become a social hub and one which people do use and value. Let's hope common sense prevails and that the newsagent can stay."

A protest outside the newsagents attracted 50 local people who watched as Cllr Paul Hodgkinson and other councillors handed a letter of objection to the landlord at his home in the centre of Bourton.