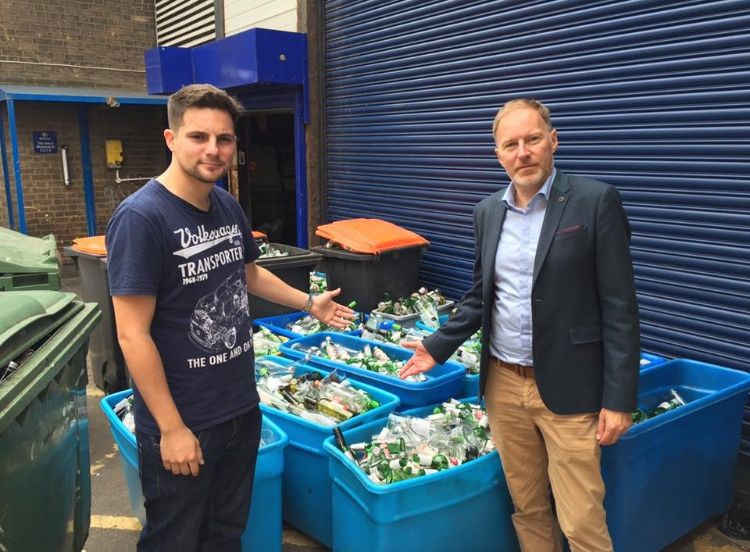 Now, the Liberal Democrats are calling for the County Council to get its recycling shoes on and start hitting waste targets. At next week’s Council meeting they’ll be calling on Shire Hall bosses to find ways to boost the amount we all leave out on the kerbside which can be used again.

The latest figures show that county-wide recycling rates are averaging 48%. That’s 5% less than the target of 53% which the Council has set itself.

Cllr Paul Hodgkinson (Bourton-on-the-Water and Northleach), Leader of the county Lib Dems, will be leading the debate and says that the Council’s administration needs to address the disappointing figures:

“When targets are set then every effort has to be made to meet them. This is serious stuff as we’re protecting our environment when we recycle more. The 53% target hasn’t been met for the last four years. The Council’s target is to recycle/compost at least 60% of its household waste by 2020 with an aspirational target of 70% by 2030. It clearly has a long way to go to achieve these goals.

“Sadly, across the county some of the recycling figures are low. In 2015/2016, Stroud was at the bottom with only 31% of their household waste being sent for recycling whilst Gloucester could only achieve a 37% rate. The Cotswolds was the only district that had met the 53% recycling target achieving a 58% rate last year, although even this has been falling from its peak.

“In the council chamber next week I’ll be calling for a real uplift in recycling rates across the county. I agree with Gloucestershire’s 'Waste Core Strategy' in that we need to make sure that reusing and composting should be made as simple as possible and that people and businesses can easily recycle on the kerbside or at waste sites.

“There are some real differences across the county when it comes to dealing with trash. In some areas councils collect drink cartons whilst in others people have no choice but to send them to landfill. And what about metals and textiles? There’s so much scope here to help us all recycle more.

“In the meantime, I’ll be insisting that the Cabinet Member at Shire Hall responsible for waste commissions an urgent report to look at ways the county’s recycling rates can be improved and for this to be discussed by all councillors in December.

“Talking rubbish for some might not be very interesting, but how we dispose of it is an important issue, especially now that this Conservative administration has committed us to a massive incinerator at Javelin Park – we can’t let that be an excuse to fail to recycle."

“Much more needs to be done to improve recycling rates. The County Council has a key role in making this happen.

“It is about making recycling much, much easier and about educating people about why this is so important. Using the food caddies provided by the districts, for example, diverts food waste from landfill. Not only is this good for the environment but it reduces an easy food source for urban gulls.

“The Conservatives expensive incinerator will need to be fed by a huge amount of waste. We must proactively seek to ensure that this does not undermine any efforts to improve recycling.”