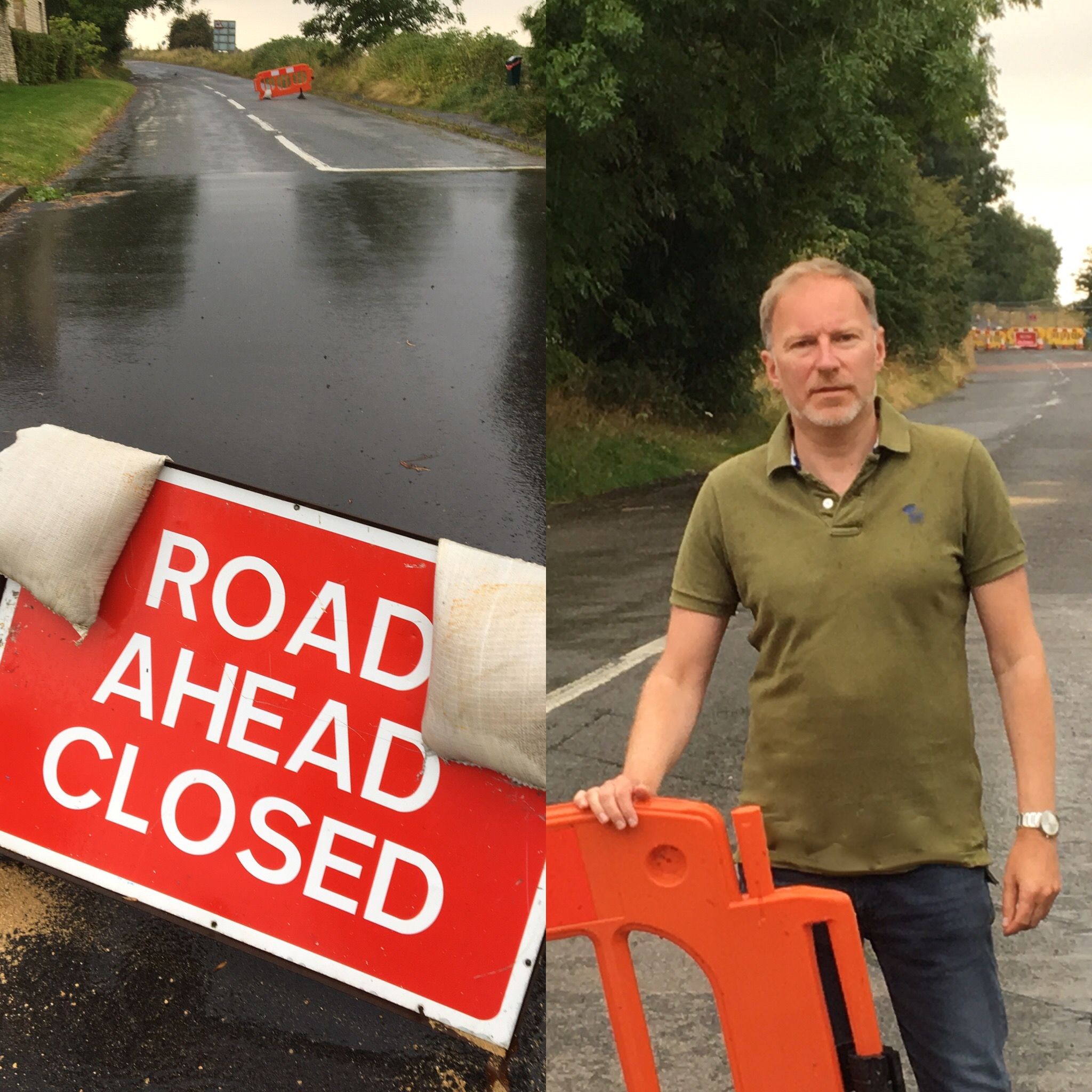 A councillor has asked residents to contact Gloucestershire County Council en masse in a bid to re-open a well used Cotswolds road.

Cllr Paul Hodgkinson (LD, Bourton & Northleach) is calling for the ‘old A40’ near Northleach to be brought back into use after being closed by the Council in 2015. He tabled a question at last month's County Council meeting asking if highways bosses are allowing roads to fall into disuse.

The road links villages like Yanworth, Compton Abdale and Hazleton with Northleach and was used as a more direct route to avoid the congested and busy A40. It was temporarily closed under emergency powers after the Council claimed that an initial high level inspection showed that damage to the road was severe enough to cause public harm.

Now, the County Council has formally published its intention under the Road Traffic Act to extend the road closure indefinitely. People had until just 9 October to let Shire Hall lawyers know what they think about this.

Cllr Hodgkinson asked for as many people as possible to contact Council lawyers urgently:

“Last year I presented a petition with 500 names on it to the Council Leader calling for the old A40 to be re-opened yet their wishes have been ignored. Highways officers promised me that a full geotechnical report would be produced in April with recommendations on how the road could be mended or even partially opened. I have now only just received any recommendations or proposals. The Council is dragging its feet and I’m fed up with promises being made which aren’t kept.”

“The road is already falling into disrepair and I have been told it is not a priority to open it quickly – I have no faith that it will be re-opened at all unless we sustained pressure is put on the Council.”

“The only way we can get Council bosses to listen is through a people’s challenge to the legal notice which Shire Hall lawyers have issued asking for the road to be closed indefinitely.

“Having taken advice it’s clear that the Council has failed to establish whether the damage to the road is indeed severe sufficiently enough to close it completely, partially if at all. This may lead to potential grounds to challenge outright the extension in full or reduce the current order. For example, to allow one way traffic flow on one side of the road for cars, cyclists and pedestrians.

“I am told that the use of the Road Traffic Act in circumstances where work has not even started or in fact where there are no firm plans or even a timetable to begin work introduces grounds for a challenge. The fact that it took them over 12 months to commission a survey in the first instance and then fail to provide a full report prior to the issue of the legal notice on August 24 infers that Council bosses are deliberately dragging their feet and behaving unreasonably. A challenge may have the potential to force them into scheduling the works within a definite timetable.”

Now, many residents have lobbied the Council's lawyers and roads bosses. As a result the Council has produced a report listing possible solutions to get the road re-opened at last.