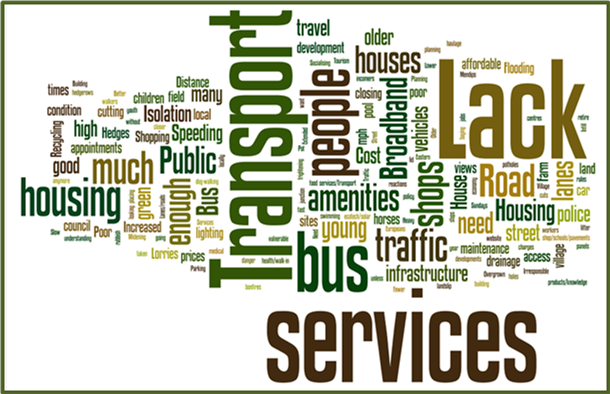 At the latest County Council Overview and Scrutiny Committee, councillors were presented with alarming figures showing how the county fares compared to other parts of England. And it made for uncomfortable reading as council bosses prepare their budgets for next year.

The figures come from an ‘Index of Multiple Deprivation’ and show levels of ‘deprivation' for each part of Gloucestershire.

Areas are ranked from least deprived to most deprived, based on different measures including income, employment, education skills and training, health deprivation and disability, crime and disorder and barriers to housing and services.

The picture shows Gloucester and the Forest of Dean as ranked higher for deprivation compared to Cheltenham, Tewkesbury, the Cotswolds and Stroud.

“There are pockets of people in the Cotswolds who face barriers to housing and services. I wasn’t expecting to see rural areas feature so highly in the deprivation league table.

“The Cotswolds is often seen as a playground for the rich and famous, but behind this veneer there are shocking levels of isolation and below average wages. Places like Chedworth now have few buses, sky high house prices and bad mobile phone coverage. For the more vulnerable this is a real issue which is not often talked about.

“Gloucestershire is made up of six unique districts; I’m appalled by these new figures. The Conservatives who have run the Council for 11 years have a responsibility to step up to the plate, take real action to address this situation and make sure there’s a level playing field for accessing services in our county. I want to see them come up with a plan to tackle these inequalities."

“Deprivation in Cheltenham varies considerably and this can especially be seen in my own area of Warden Hill.

“We shouldn’t look at Cheltenham through rose-tinted spectacles as those who know the area can see that huge levels of deprivation do exist. A concerted effort is needed by the Council’s administration to tackle deprivation in all areas across the county”.

At next month’s Council meeting, Cllr Hodgkinson will be asking the Leader of the County Council how the administration plans to address these new figures.