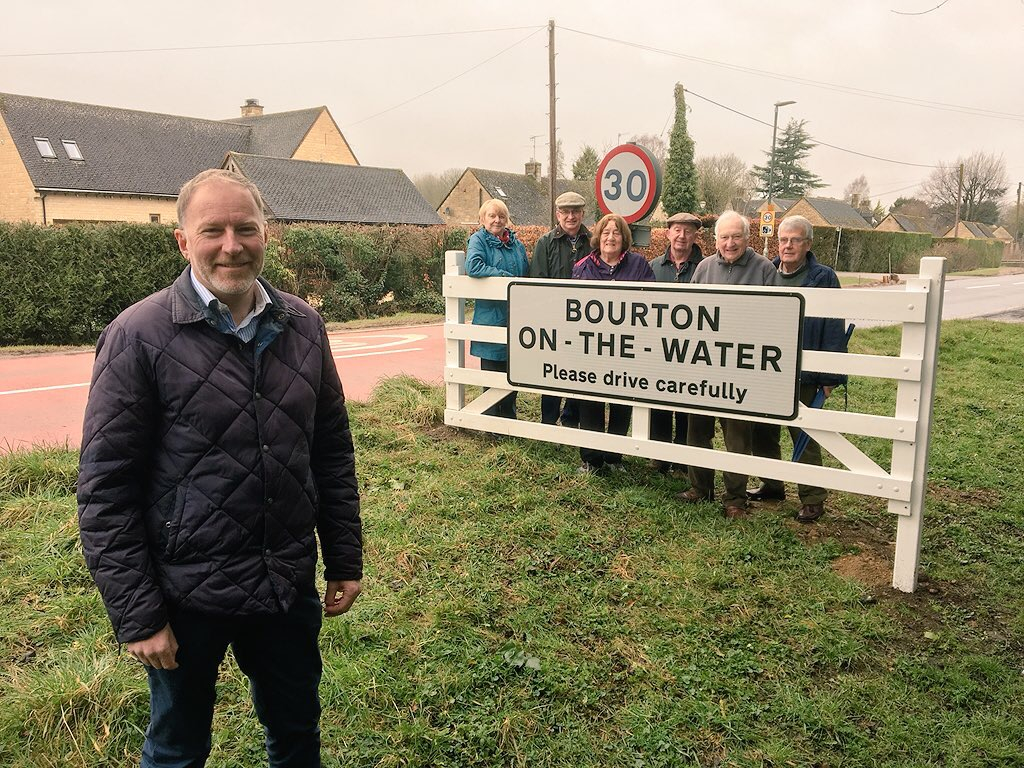 Residents in Bourton are hoping a new road feature will help slow down speeding drivers.

A speed gate now greets motorists as they enter the village along the Rissington Road following ongoing concerns for residents who live along that stretch of highway.

There have been regular speed checks by the 'Community Speedwatch' team which show a large but persistent number of drivers exceeding the 30mph limit.

Cllr Paul Hodgkinson first discussed these issues with residents a year ago at an on site meeting and agreed to fund a set of gates at the end of the village. These are a feature of some other villages in the Cotswolds and the aim is to alert drivers to the fact they’re entering a village environment and a lower speed limit.

The gates have been funded by Paul with the small pot of money he gets each year to fund highways projects:

"This is really good news. Since we all met last year, a really good Speedwatch team has been set up in the village and a 20mph zone has been installed in the central village area. Of course, these individual measures help promote road safety but I know a lot of villagers feel strongly about this and want to feel safer as they cross the roads, walk on pavements with children and cycle.”