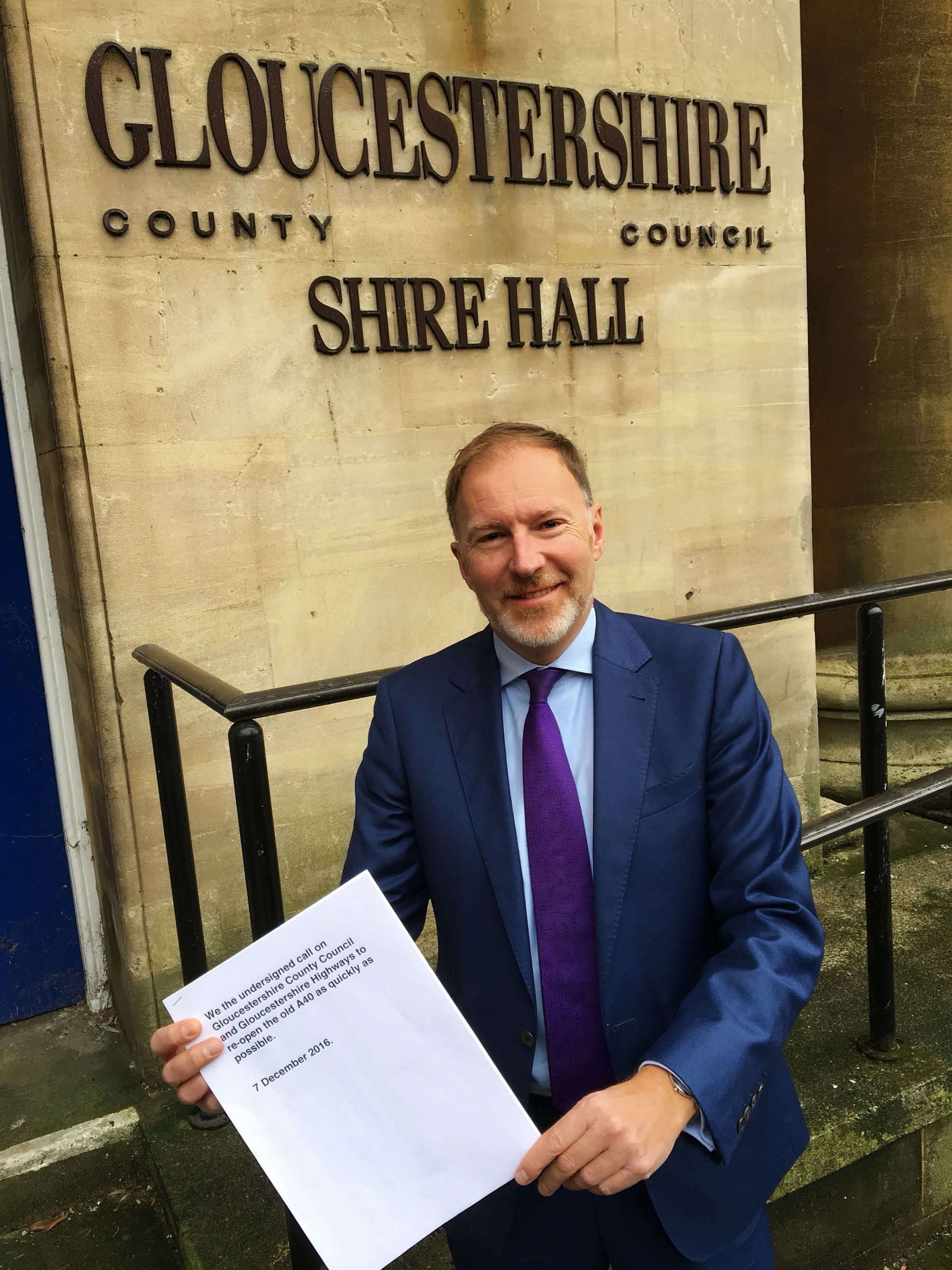 Recently Cllr Paul Hodgkinson launched a petition to re-open a road connecting Northleach and Compton Abdale. Now 500 have signed it.

The road is referred to as ‘the Old A40’ locally as it was the original main road linking Cheltenham to Northleach before the Northleach by pass (A40) was built.

The petition has attracted just under 500 names – a large number for a local issue.

"The old A40 runs between the A40 at Puesdown and the Old Prison at Northleach and has been well used by local people as an alternative route to Northleach and to villages such as Yanworth and Compton Abdale. It was closed in 2015 as a result of a wall collapsing and the ground subsiding.

"Whilst we all understand that it takes time to investigate and remedy a situation, I believe that enough is enough and that County Council highways bosses must now act and provide a timetable for the road to be re-opened. It’s now 15 months since the road has been closed and the long-promised geotechnical survey of the road won’t even happen until early next year.

"That survey is key to finding out what’s wrong with the road and for Highways then to decide what action to take.

"I’m pleased so many people have supported my campaign to re-open the road. It’s been shut for far too long and we need to see something happening. People pay their council tax and expect roads to be usable.

"I hope this petition will put pressure on Highways to act quickly.”